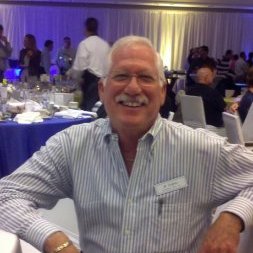 During the past 45 years J.R. has worked with national and international companies related to business and sports promotions.  In business his company Marketing Management USA has represented international companies from Brazil to Germany assisting in marketing and promotion of their products in the U.S.  His professional record encompasses more than forty successful years in domestic and international marketing, advertising and business management.  Experienced in mass communication, media planning and buying, public relations, management of communication and graphics.   Created and managed new business opportunities with the marketing of current and new product mix.

Current projects include marketing sevices for an international jewelry company representing them to the global cruise ship business. 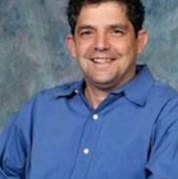 Allen is the President & CEO of KRB Media and co-founder of Complete Network Services, a managed IT services provider. He has over 18 years’ experience in business management, digital marketing, web development and branding. His specialties include technology forecasting and projections. He applied his expertise when he served as the host and producer of “Your PC Hero”, a successful technology radio show.

Allen serves as an advisor on digital strategies for several companies such as Big Bang Comics, a long time comic book publisher, and Checkm8tes, LLC., a new startup aiming to revolutionize the online dating world.

With his current responsibilities for ABE, LLC, Allen is eager to embrace the challenge of applying new technologies to change the landscape of professional sports. 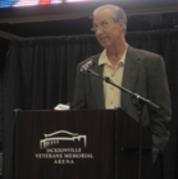 As President & COO of the American Basketball Association (ABA) created, developed and oversaw corporate business plans of over 60 league teams while directly overseeing day to day league operations to include regular season and playoffs.  The League doubled in size during his tenure. As a College Head men’s basketball coach, his teams produced a still standing school record winning percentage of .781 while producing 2 regular season championships, 4 tournament championships and Pennsylvania Junior College State Championship.

As a nonprofit Executive Director of a United Way organization and a Florida public school districts nonprofit organization, revenues under his leadership witnessed increases of over 800% (United Way) and 688% (School district). In the private sector as Vice President of an Atlanta based financial services firm he recruited, hired, field trained and supervised over 150 financial services field agents competent in both insurance as well as investment advising. Richard holds a BS in Business and Economics from Lehigh University.

Co-Managing Partner, Business – ABE, LLC. Lloyd has served as Chief Executive Officer and Secretary General of the United States Olympic Committee, Chairman and CEO of Maytag Corporation, President of Frito-Lay, Vice President of Pepsi Cola and Vice President and General Manager of Procter & Gamble. Lloyd has served as a member of the Board of Directors of General Motors Corporation, JP Morgan Chase Co. and Central, Belo Corporation and Southwest Utilities Corporation. He has also served on the Board of Directors of several non-profit organizations including the President’s Council on Physical Fitness and Sports, Ronald McDonald House, Dallas YMCA, Paul Quinn College, Jimmy Johnson Foundation, and Inroads of Southwest Ohio.

Lloyd’s leadership has been publicly recognized by several honors and achievements, including being named Black Enterprise Magazine’s “Executive of the Year”, one of Business Week Magazine’s “Top 25 Executives”, and BrandWeek Magazine’s “Marketer of the Year”. Not only was he was embraced by Business Week Magazine as its cover story and had his life story included in the Good Morning America Millennium “Y2K” Time Capsule. He, also, received the “Outstanding Leadership Award” from the Center for Creative Leadership, the Jack Breslin “Lifetime Achievement Award” and the MSU “Alumni of the Year Award”. Lloyd holds a BS in Mechanical Engineering from Michigan State University and an MBA from Xavier University.